The right arrow – the best prerequisite for hitting the target. 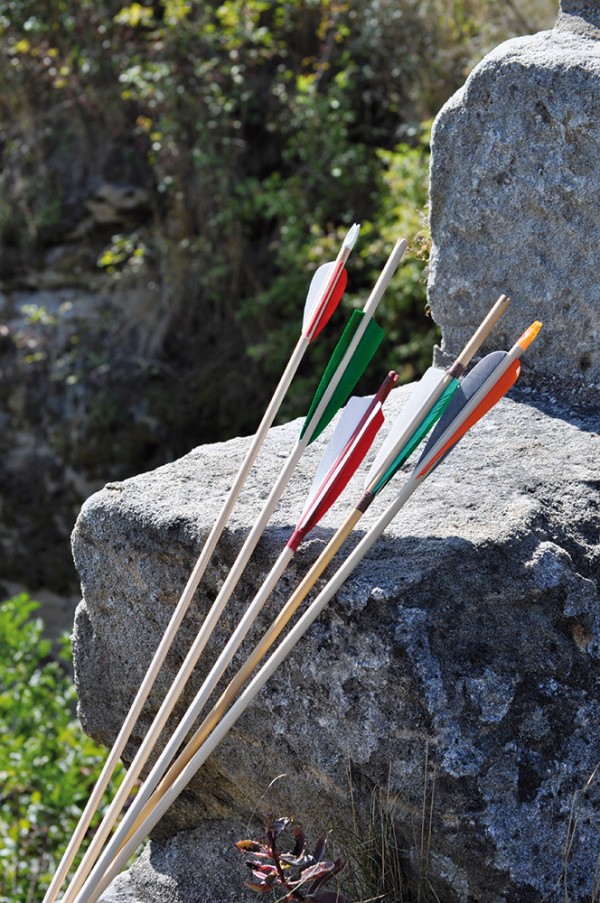 The arrow is one of the most important components of archery. I always say, “the arrow is more important than the bow,” whereas this refers to the quality and correct coordination of the arrow.

There are good reasons for this selection. With an arrow that is well suited to a “simple” bow and the archer, a better shot can be achieved in any case than with a super high-end bow and an arrow that is absolutely unsuitable for the bow and the archer. Therefore, the basic rule in bow sports applies: the arrow has to fit to the bow and to the archer, because only under this condition a clean arrow flight and a good grouping can be achieved.

For each archer, it is extremely important to adapt the arrow to himself and his bow. This is where physics plays a quite simple role. The bow initiates energy via the string into the cam of the arrow, which is to be used to launch the arrow. In extreme cases, this energy could even destroy the arrow when launched, injure the archer, and possibly also damage the bow. Usually, this is the exception. In 99.9% of all cases, where the arrow does not fly where it should, it is due to the lack of coordination between arrow, bow and archer.

In archery, you can often observe that women and children shoot the no longer used arrows of the men. This cannot work out well. Unless the man uses a bow which has exactly the same pull weight as the bow of the woman and both have the same pull-out length and, thus, also the same arrow length. However, it is easy to imagine how often this is the case.

Wooden arrow, carbon arrow or aluminum arrow – which arrow is the right one?

No matter whether wood, aluminum or carbon is shot: a coordination of the material is always important for archery. It does not have to be the most accurate at the beginning of the bow career, but with the progress of the training you should optimize the coordination between arrow, bow, and archer to achieve a good hit pattern and consistent results.

Want to join the discussion?
Feel free to contribute!

Scroll to top
We use cookies on our website to give you the most relevant experience by remembering your preferences and repeat visits.

By clicking “Accept All”, you consent to the use of ALL the cookies. However, you may visit "Cookie Settings" to provide a controlled consent.
Cookie SettingsAccept All
Manage consent

This website uses cookies to improve your experience while you navigate through the website. Out of these, the cookies that are categorized as necessary are stored on your browser as they are essential for the working of basic functionalities of the website. We also use third-party cookies that help us analyze and understand how you use this website. These cookies will be stored in your browser only with your consent. You also have the option to opt-out of these cookies. But opting out of some of these cookies may affect your browsing experience.
Necessary Always Enabled

Performance cookies are used to understand and analyze the key performance indexes of the website which helps in delivering a better user experience for the visitors.

Analytical cookies are used to understand how visitors interact with the website. These cookies help provide information on metrics the number of visitors, bounce rate, traffic source, etc.

Advertisement cookies are used to provide visitors with relevant ads and marketing campaigns. These cookies track visitors across websites and collect information to provide customized ads.

Other uncategorized cookies are those that are being analyzed and have not been classified into a category as yet.

SAVE & ACCEPT
Powered by