Mongolian, Hungarian and Scythian horsebows from the Hungarian bow manufacturer of BY BEIER GERMANY.

Archery from the back of a horse has not only hunting, but also military origins.

The Huns, the Scythians and the Mongols were especially known as nomadic horsemen, who engaged in armed conflicts with bow and arrow while sitting on the horse. Their opponents were afraid of their speed and cunning war tactics.

Today, mounted archery is done as a sport or hobby. 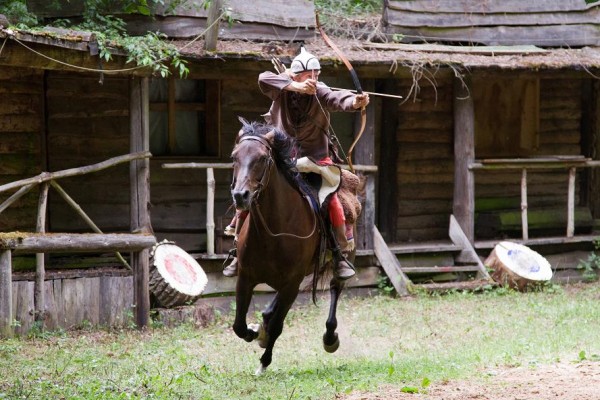 At the Kassai competition (named after Lajos Kassai, the founder of the Horseback Archery World Association) a target on a competition track is shot at from different directions. There are already bow courses for mounted archery. Here, similar to the 3D field bow shooting, the participants shoot at different targets in the terrain.

Horsebows are designed for shooting while sitting on the horse, therefore they are very short compared to other bow forms. The short power packs are also very popular with our customers, therefore we are expanding our product range by 3 additional horsebows, which we would like to introduce to you right here.

BY BEIER GERMANY has succeeded in charging a bow manufacturer in Hungary with the construction of the horsebows. The Hungarians enjoy a legendary reputation as master archers and excellent riders, in addition bow making has a long tradition in Hungary. With our bow maker, we have found a true master of his craft who makes our 3 horsebows according to their historical models following the rules of the traditional bow-making craft.

Our 3 new bow models from our Hungarian arch forge are real masterpieces and have inspired us with their extraordinary flying features. 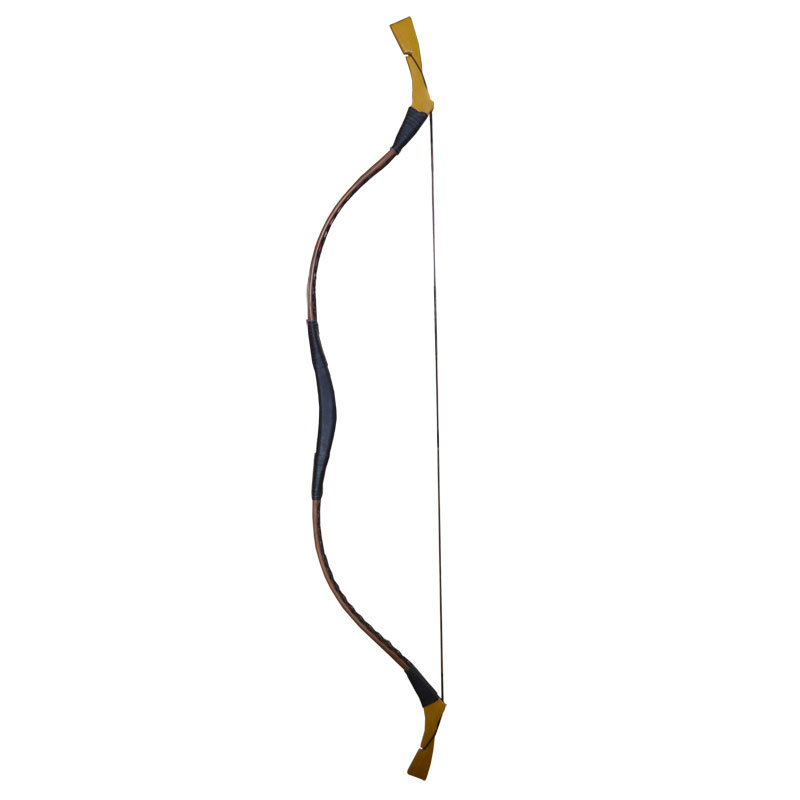 The Mongolian Horsebow owes its form to its historical model. The extraordinary bow shape gives it a considerable flying performance- and this with a soft as butter pull-out.

This traditional bow has already proven itself a thousand times in the hunt and war in the past centuries because of its speed and shooting capacity.

The center part of the symmetrically constructed bow is equipped with a horn insert, the fiberglass limbs are leather-covered according to the historical models. The Mongolian Horsebow BY BEIER GERMANY is suitable for right- and left-handers alike and has a standing height of 7.75 to 8.5 inches. 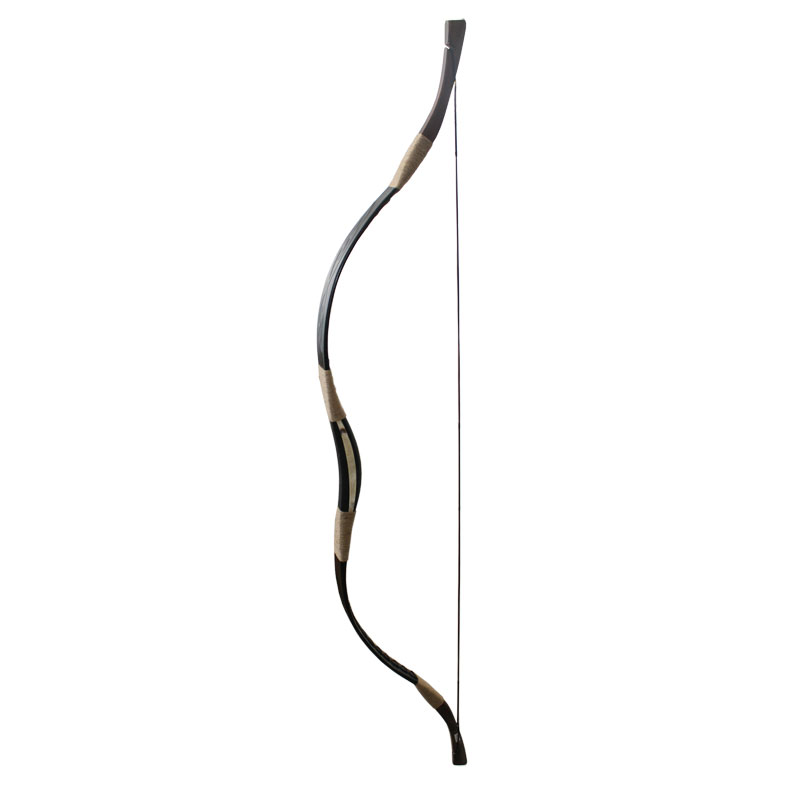 The Magyars were a Finno-Ugrian riding force, originally from the Ural region. The ancestors of the Hungarians of today were known as daring riders who carried their spectacular raids all over Europe.

But the Hungarians are also known as excellent bow makers – so what is more appropriate than to use this competence and have the horsebows built in Hungary?

Our Magyar Horsebow convinces with its performance and the excellent flying characteristics. Its ergonomic pull-out behavior and the steadiness to shot make this masterpiece one of the most popular horsebows at all. Due to its symmetrical bow construction, it is suitable for right- and left-handers, its middle part is provided with a horn insert. The Magyar has a bow length of 52 inches and achieves an immense flying capacity thanks to its static recurves. We have equipped the fiberglass limbs with leather applications to make it look even more traditional. Also for the Magyar Hungarian Horsebow, the pull weights are between 30 and 50 lbs. and can be selected in 5 lbs. steps. 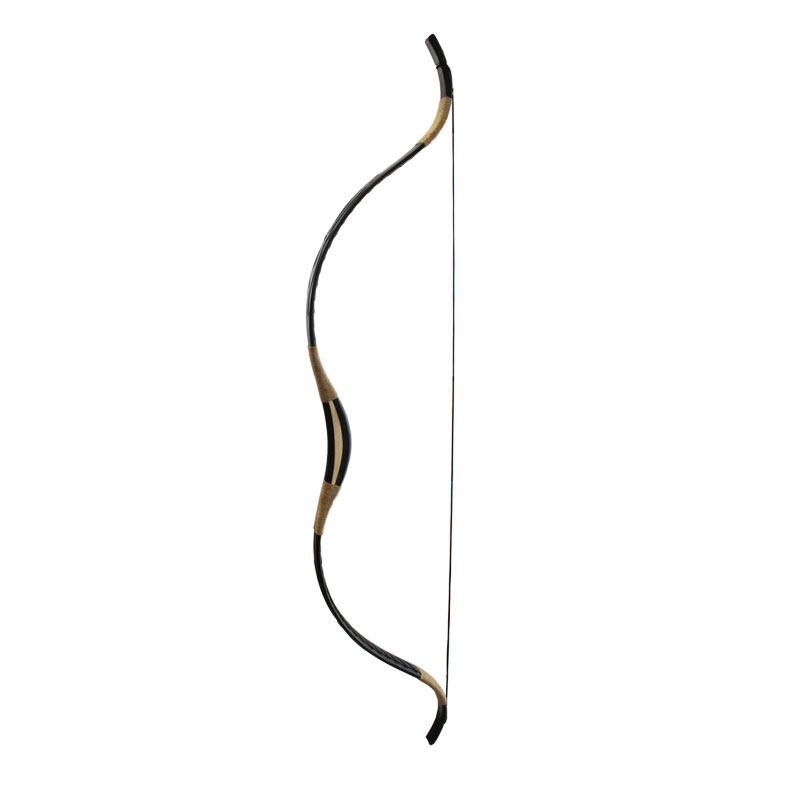 The Scythians were famous for their horsemanship and their archers. As a people of rider nomads, they migrated from the Middle Asian steppes to the area north of the Black Sea to the present-day Romania in the 8th century BC.

Our Szkita Horsebow is an absolute leader in terms of price and performance. We build it from fiberglass with leather cover and wood. The robust bow is very suitable for children and adolescents, but also for adults with short pull-out lengths. For a bow length of 48 inches, we offer this bow with a pull weight of 25 and 30 lbs. (maximum pull-out length 27 inches). The Szkita is shot with a Dacron string, it is possible to use standard recurve bow strings.

Our Scythian Horsebow is also suitable for right- and left-handers due to the symmetrical construction.

Scroll to top
We use cookies on our website to give you the most relevant experience by remembering your preferences and repeat visits.

By clicking “Accept All”, you consent to the use of ALL the cookies. However, you may visit "Cookie Settings" to provide a controlled consent.
Cookie SettingsAccept All
Manage consent

This website uses cookies to improve your experience while you navigate through the website. Out of these, the cookies that are categorized as necessary are stored on your browser as they are essential for the working of basic functionalities of the website. We also use third-party cookies that help us analyze and understand how you use this website. These cookies will be stored in your browser only with your consent. You also have the option to opt-out of these cookies. But opting out of some of these cookies may affect your browsing experience.
Necessary Always Enabled

Performance cookies are used to understand and analyze the key performance indexes of the website which helps in delivering a better user experience for the visitors.

Analytical cookies are used to understand how visitors interact with the website. These cookies help provide information on metrics the number of visitors, bounce rate, traffic source, etc.

Advertisement cookies are used to provide visitors with relevant ads and marketing campaigns. These cookies track visitors across websites and collect information to provide customized ads.

Other uncategorized cookies are those that are being analyzed and have not been classified into a category as yet.

SAVE & ACCEPT
Powered by